New model-based scenarios show that that there are ways to limit global temperature rise to 1.5°C instead of 2.0˚C by 2100. In a research paper published in Nature Climate Change, researchers, among whom several scientists from PBL Netherlands Environmental Assessment Agency used computer models to show that 1.5˚C scenarios will among other things require peaking of greenhouse gas emissions way before 2030, followed by rapid reductions and finally negative emissions.

The new research paper published in Nature Climate Change is the first to look at how socioeconomic conditions such as inequalities, energy demand, and international cooperation might affect the feasibility of achieving these goals, and also considers technological and resource assumptions. The researchers used six integrated assessment computer models which each attempted to model scenarios that limit warming by the end of the century to 1.5°C, under different assumptions for socio-economic development. One of the models is the IMAGE model. Researchers from PBL Netherlands Environmental Assessment Agency and Utrecht University, i.e. Detlef van Vuuren, David Gernaat, Mathijs Harmsen, Jonathan Doelman and Elke Stehfest, formed part of the team writing the paper.

“One of the goals of the Paris Agreement is to limit warming to 1.5°C, but scientific studies mainly looked at the question of limiting warming to 2°C. This study now fills this gap and explores how climate change by the end of the 21st century can be brought in line with 1.5°C of warming. Individual studies have looked at this question in the past, but this study is the first to use a broad and diverse set of models,” says Joeri Rogelj, the first author of the paper.

The computer models could not model a scenario that would limit warming to 1.5°C in all of the Shared Socioeconomic Pathways (SSPs), i.e. different assumptions on socio-economic development. All of the successful scenarios include a rapid shift away from fossil fuel use towards low-carbon energy sources, lowered energy use, and the removal of CO2. High social and economic inequalities, a focus on continued high fossil-fuel use, and poor short-term climate policies emerged as key barriers to achieving the 1.5°C goal.

“The paper presents important information for international climate policy. Models are not only useful to explore how goals can be reached, but also to point out the conditions under which ambitious climate target might be attainable. The analysis, for instance, shows that lack of global cooperation in international climate policy might be an important stumbling block that could push the 1.5°C target out of reach,” says prof. Detlef van Vuuren, project leader of the IMAGE team that worked on the paper. Detlef van Vuuren also added that it is clear that the 1.5 degree scenarios are very ambitious. The scenarios will require peaking of greenhouse gas emissions way before 2030, followed by rapid reductions and finally negative emissions. Bioenergy and other renewable energy technologies, such as wind, solar, and hydro, scale up drastically over the coming decades in successful scenarios, making up at least 60-80% of electricity generation by the middle of the century. This marks a clear shift away from unabated fossil fuel use without carbon capture and storage. Traditional coal use falls to less than 20% of its current levels by 2040. Negative emissions technologies, such as bioenergy with carbon capture and storage (BECCS) and both afforestation and reforestation are considered as means to additionally remove CO2 from the atmosphere.

New climate modeling on the basis of these scenarios

The 1.5°C pathways created as part of the study will now be used by the wider climate change research community to run the most complex coupled climate models. This will serve as a starting point for further research, enabling better understanding of the residual impacts at low levels of global warming. The researchers stress that more work will be needed. The scenarios can only take into consideration technological and economic feasibility. In the real world, other factors, such as social acceptability and international cooperation, for example, can have a large effect on feasibility. Policy advisors will need to take these into consideration. 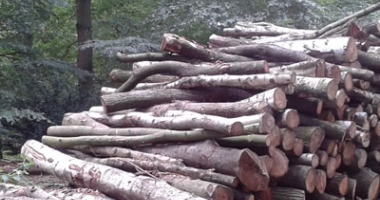