What are the implications of the implementation of national climate policies, and how do they add up to the greenhouse gas emission reductions needed to keep global warming to well below 2 ˚C or even 1.5 ˚C? Are current investments and innovations aligned with long-term goals? PBL introduces the interactive ‘Global stocktake tool’, designed to measure progress towards the climate goals formulated in the Paris Agreement.

As part of the Paris Agreement, countries worldwide agreed to keep global warming to well below 2 °C above pre-industrial levels, and to pursue efforts to limit the increase to 1.5 °C. Implementation will need to happen on a national scale, as reported in the Nationally Determined Contributions (NDCs) and mid-century strategies. The Paris Agreement envisages a process for keeping track of whether the national progress is consistent with the overall objective (i.e. the global stocktake, Article 14 of the Paris Agreement). The so-called Talanoa Dialogue facilitates the beginning of the process to engage in this stocktake.

Here, we present the PBL Global Stocktake tool, which contains several indicators to measure progress towards achievement of the Paris goals. These indicators are based on scenarios from the CD-LINKS and COMMIT projects, and are outcomes from so-called integrated-assessment models, such as IMAGE. Scenario information is presented on a global scale and for seven large G20 economies: China, the United States, the European Union, India, Brazil, the Russian Federation, and Japan. The scenarios cover possible trends without climate policies, the pledges made in the NDCs, as well as the estimated impact of actually implemented policies. These can be compared against the cost-optimal scenarios consistent with achieving the Paris goals.

The new tool is more elaborate than other tools, as it provides an interactive set of indicators that not only monitor current progress but also include forward-looking indicators, such as investment rates. The various indicators relate to emissions, carbon budgets, decarbonisation rates, policy coverage and innovation.

The PBL Global stocktake tool supports the Talanoa Dialogue, which is part of COP24, the climate negotiations currently being held in Katowice, Poland [link COP-pagina], and also provides insights for future stocktakes during the Paris Agreement process.

to the PBL Global Stocktake tool 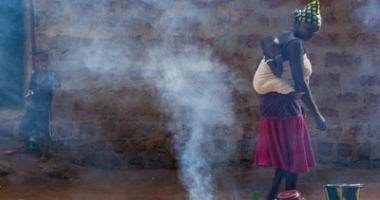