Navigate to main content Navigate to main menu
You are here
Home / Topics / Nature, landscapes and biodiversity / News / 2018 / Prevention of worldwide degradation of land and nature can contribute to human wellbeing

The world’s prosperity and wellbeing are seriously being threatened by the degradation of land and nature. Although there are opportunities to turn the tide, fears of further deterioration in the coming decades must not be taken lightly. That is concluded at the Intergovernmental Science-Policy Platform on Biodiversity and Ecosystem Services (IPBES), which serves under the United Nations flag.

For the last three years, around 550 researchers, including experts from PBL, Leiden University and the University of Twente, have been working on providing insight into the effects of land degradation and the corresponding loss of biodiversity.

The final results of the study have been ratified by representatives of 129 participating countries at the global UN conference in the Colombian city of Medellin. The insights into the effects of humankind on land, nature, food security, water and climate have been drawn in four assessments on Asia, Africa, the Americas, Europe and Central Asia and a global assessment on Land Degradation and restoration.

Pressure on land and nature

As a result of population growth, estimated to grow from 7 towards 10 billion and a doubling of the consumption per capita in 2050, pressures on land and nature will increase significantly. Concerns on the sustainability of the effects form the underlying basis for an extensive research project, initiated by IPBES. In order to meet the demands of growing consumption, a larger share of the global surface is being used for agriculture, livestock, forestry, energy plantations and infrastructure. Discernible consequences appear in the loss of natural ecosystems and a decrease in biodiversity.

Both developments contribute to climate change and loss of food security, the availability of water and the natural protection against flooding and drought, leading to further societal instability. Ben ten Brink, researcher at the Netherlands Environmental Assessment Agency (PBL): “This scenario is conceivable for regions that face a combination of impactful developments, such as strong population growth, poverty, climate change, a weak economic system and a feeble government. This looms for countries in South Asia, the Middle East and Africa.”

Restoration of land and nature is time and money consuming and is, above all, very complex. However, research has shown that investing in recovery of degraded land will lead to economic benefits on the long term. Also, the researchers plea for more effort to prevent land degradation and loss of biodiversity from happening. Promising solutions include extending and connecting protected natural areas, deceleration of population growth, decreasing the consumption of meat and energy, cleaner and more efficient production of energy and wood, combating waste and raising awareness of consumers.

Although degradation of land and nature is a global challenge, its effects are not evenly distributed between countries and continents. In general, regions which already face social and economic pressure are hit harder than the more prosperous regions. However, also in Europe and the Netherlands, a tangible impact appears.

“In the Netherlands we are very dependant  on our nature, but we do not feel that very strongly”, University of Twente researcher Wieteke Willemen states. “We have reached a point where we are used to import natural resources in a globalizing economy in such a way, that we do not feel the effect of land degradation on a daily basis.” If production areas fall away, we move quite easily towards a different region to support our demands, resulting in shifting its impact to other regions. Tangible effects nearby also appear: clinking our peat soil by water extraction is also a form of land degradation, leading to more carbon dioxide emissions, and therefore triggering climate change. With further subsidence, the soils will ultimately be salinized by salt groundwater and valuable agricultural land will be lost. The Netherlands has a responsibility there.

Although attempts are undertaken to prevent degradation of land and nature in Europe, biodiversity has decreased and the acreage of natural ecosystems has further declined. This decline is a result of climate change, pollution, urbanization, fragmentation and the increase of agricultural land.

“Especially in Western Europe, the effects are visible. Because of the decrease of natural ecosystems, natural pollination and water purification deteriorated and the effects of flooding are more severe”,  says Alexander van Oudenhoven, researcher at Leiden University. “But the non-sustainable management of nature in our living environment also has immaterial consequences, for example in decreasing physical and psychological health, and severely limited possibilities for nature recreation.”

Although the effects of degradation of land and nature are serious and impactful, the IPBES assessments provide a positive outlook. There are numerous examples that show that coordinated policy and involvement of various stakeholders have led to for example improved water quality and restraining danger of flooding. In the Netherlands, heavy rains cause relatively little damage compared to countries in Central Europe, where nature has been reduced and few space for rivers is kept free. The assessments also show that not only policy makers can play a frontrunners role in taking action. “Consumers have a large influence, with their choice in what they eat and how much”, says Robert Watson, chair of IPBES. “We can decrease meat consumption, for instance. A more vegetable diet will have fewer impact than eating meat with every meal.”

The assessments of IPBES will, like their older sister IPCC, eventually find their way into national and international governmental policy, also in the Netherlands. The recommendations of IPBES will not be taking lightly: earlier, the report on pollinators have led to worldwide initiatives for the protection of bees and other pollinators, with the Netherlands as one of the frontrunners.

To IPBES Press Release
To Summary for Policy Makers 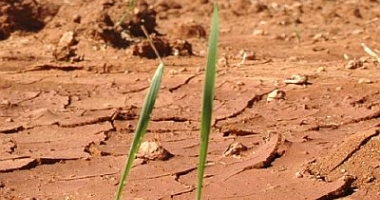 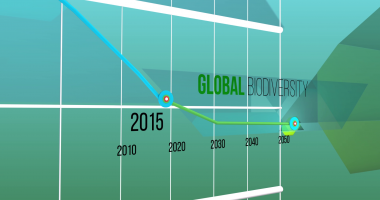 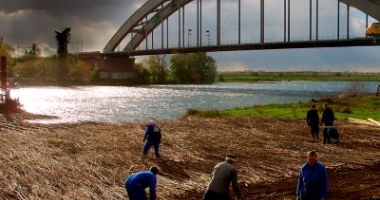 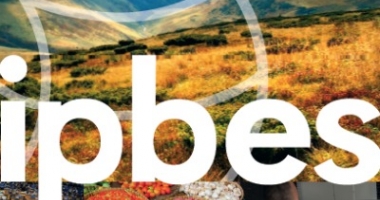