New and updated Nationally Determined Contributions (NDCs) only take an additional 7.5% off projected 2030 emissions of greenhouse gases. The latest emission reduction pledges for 2030 would result in a global temperature rise of at least 2.7 °C by the end of this century. So-called net-zero commitments could limit global temperature rise by another 0.5 °C, if they were made robust and if 2030 pledges were made consistent with these commitments. These are some of the main conclusions from the 2021 Emissions Gap Report by the United Nations Environment Programme (UNEP), to which PBL Netherlands Environmental Assessment Agency contributed.

‘The new and updated NDCs still fall short of meeting the global emission reduction objectives of 25% and 55% that are needed to achieve the 2 °C and 1.5 °C climate goals of the Paris Agreement’, according to Professor Michel den Elzen, senior researcher at PBL. Den Elzen was lead author of this study and contributed to the evaluation of current policies in G20 countries and the calculation of the impact of the new and updated NDCs on the global gap in emissions in UNEP’s latest report

New and updated NDCs could lead to a global temperature increase of at least 2.7°C by the end of this century

New and updated climate commitments fall far short of what is needed to meet the goals of the Paris Agreement, and could lead to a global temperature rise of at least 2.7 °C this century, according to the Emissions Gap Report 2021: The heat is on, by the United Nations Environment Programme. The 12th edition of the yearly report finds that countries’ updated Nationally Determined Contributions (NDCs), together with other announced mitigation pledges, will only take an additional 7.5% off the annual greenhouse gas emissions projected for 2030, compared to the previous round of NDC submissions that followed the Paris Agreement of 2015.

Net-zero commitments could reduce global temperature increase by another 0.5 °C

Released ahead of the COP26 in Glasgow, the report finds that net-zero pledges could provide additional emission reductions. If effectively implemented, these pledges could bring the projected global temperature rise down from 2.7 to 2.2 °C, providing the hope that further action will still ward off the most catastrophic impacts of climate change.
As of 30 September 2021, 120 countries, representing just over half of global greenhouse gas emissions, had communicated new or updated NDCs. To limit global warming to 1.5 °C with a 66% chance of success, the world needs to reduce an additional 28 gigatonnes of CO2 equivalents (GtCO2e) in annual emissions by 2030, over and above what is pledged in updated unconditional NDCs. For the well-below 2 °C target in the Paris Agreement, the required emission reduction is lower, namely 13 GtCO2e by 2030.

Net-zero pledges can make a big difference, if pursued effectively

So-called net-zero pledges — and, crucially, their effective execution — could make a big difference, but current plans are insufficiently concrete and not reflected in NDCs. A total of 49 countries plus the EU have pledged a net-zero target, meaning that their contribution to global greenhouse gas emissions should be net-zero by 2050 or shortly thereafter. This covers over half of global domestic greenhouse gas emissions, over half of GDP and a third of the global population. Eleven targets are enshrined in law, covering 12% of global emissions.

If implemented effectively, net-zero targets could reduce global warming by about another 0.5 °C. However, many of national climate plans delay action until after 2030, raising doubts over whether net-zero pledges can be achieved. Twelve G20 members have pledged a net-zero target, but these still need to be made more explicit. Five of nine G20 members’ plans that were assessed in the report are on a linear pathway to net zero.

The Emissions Gap Report finds that the opportunities offered by COVID-19 fiscal rescue and recovery spending to stimulate the economy while backing climate action have largely been missed, in most countries.
The COVID-19 pandemic led to a drop in global CO2 emissions of 5.4% in 2020. However, CO2 and non-CO2 emission levels in 2021 are expected to rise again to a level only slightly lower than the record high of 2019.

Only around 20% of total recovery investments up to May 2021 is likely to reduce greenhouse gas emissions. Of this, almost 90% will be due to the following six G20 members and one permanent guest: South Korea, Germany, the United Kingdom, China, France, Japan and Spain. 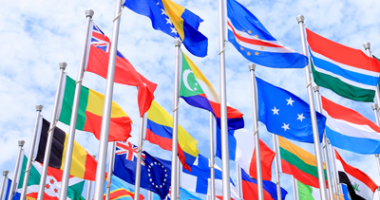 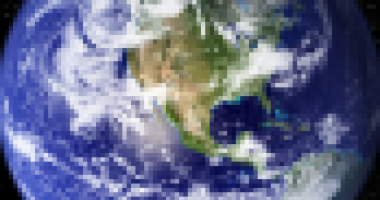