Properly managed manures have a high fertilizer equivalency and are thus a valuable source of nutrients in forage production systems. An efficient utilization of these nutrients, however, is limited by the crop’s demand for nitrogen (N) and phosphorus (P). Moreover, environmental goals implied by the EU Nitrates Directive impose constraints on the use of manure and mineral fertilizer. Through calculations based on experimental data from various sources, the present study explores the limits on the use of cattle slurry and mineral fertilizer in grass and silage maize production on sandy soils in the Netherlands. The study concludes that cut grasslands can utilize cattle slurry up to average rates of 330–340 kg N/ha (120 kg P2O5) per year without exceeding a target value of 11.3 mg nitrate-N/l in the upper groundwater or accumulating P in the soil, provided that (i) appropriate amounts of mineral fertilizer N are supplemented, and (ii) growing conditions are good and the grassland is well-managed.

When grassland is commonly used for both cutting and grazing, slurry rates have to be reduced by 60 kg N/ha per year (20 kg P2O5) to achieve these targets. Similarly, not more than 170 kg slurry-N/ha (60 kg P2O5) per year should be applied to silage maize. When grown on dry soils susceptible to leaching, slurry rates on maize land need a further reduction to 155 kg N/ha per year (=55 kg P2O5). When grass and maize are grown in rotation, cattle slurry and fertilizer applications to maize should be reduced even more drastically, whereas application rates to grassland can be extended to compensate for the temporal investment in the new sod. Consequently, from the point of view of N leaching and P accumulation, manure rates should be determined by (i) the harvest regime of the grass, (ii) the proportions of grass and maize in the farm area and the way they are positioned in a rotation, and (iii) the susceptibility to leaching (i.e. the hydrological situation). The study also indicates that reductions of 50–60 kg and 25–30 kg slurry-N/ha per year are required in grassland and maize, respectively, if growing conditions or cropping management are suboptimal.

A pdf of the article can be requested at info@pbl.nl

Environmental effects of manure policy options in the Netherlands

Economic and environmental effects of the manure policy in the Netherlands: synthesis of integrated ex-post and ex-ante evaluation 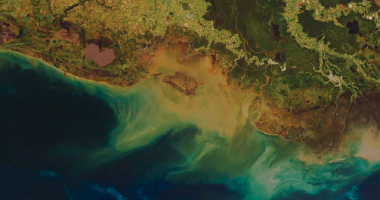