Navigate to main content Navigate to main menu
You are here
Home / Topics / Energy and Climate Change / Publications / Management options for restoring estuarine dynamics and implications for ecosystems: A quantitative approach for the Southwest Delta in the Netherlands

The Delta Works protect against flooding, but simultaneously cause environmental and socio-economic problems. We explore the consequences of management options and their implications for the occurrence and distribution of aquatic and estuarine habitats, considering the mutual coherence between the water basins. We evaluate the outcomes in relation to the restoration of estuarine dynamics.

Ecological degradation due to Delta Works

The Delta Works, a series of dams and barriers constructed in the 1960's–1980's changed the estuarine landscape of the Rhine-Meuse-Scheldt delta (SW Netherlands) into more stagnant and disengaged freshwater, brackish water or saltwater lakes. The remaining tidal systems were adapted by building a storm surge barrier in the Oosterschelde and dike reinforcement works along the Westerschelde.

The Delta Works brought protection against flooding, but at the same time resulted in environmental and socio-economic problems, such as degradation of ecological quality and ecosystem functioning, disruption of fish migration routes, water and sediment quality problems.

In this study we explore in an integrated, quantitative way the consequences of a number of management options for the Southwest Delta and their implications for the occurrence and distribution of aquatic and estuarine habitats, considering the mutual coherence between the water basins. Five scenarios were evaluated using a 1D hydraulic, water quality and primary production numerical model and GIS habitat mapping.

Scenarios vary from small-scale interventions, such as changes in day-to-day management of hydraulic infrastructures or creation of small inlets in dams, feasible in the short term, to restoration of an open delta by removing dams and barriers, as a long term potential. We evaluate the outcomes in relation to the restoration of estuarine dynamics, as this is in policy plans proposed as a generic solution for the current ecological and environmental problems.

Net water flow rates show more complex patterns when connectivity between water basins is increased and when sluice management is less strict. Estuarine transition zones and fish migration routes are partly restored, but only fully develop when basins are in open connection with each other.

The area of intertidal habitats, tidal flats and tidal marshes, increases in each scenario, ranging between 7 and 83%, 1–56%, and 8–100% respectively, depending on scenario. Large scale infrastructural adaptations are needed to restore estuarine dynamics at large scale.

The use of a 1D numerical model allowed to quantify the effect of different management measures for all water basins simultaneously, but also has its limitations. The model does not resolve more complex processes such as vertical mixing and morphodynamic changes. This requires expert judgment and more detailed 3D modelling.

Publication title
Management options for restoring estuarine dynamics and implications for ecosystems: A quantitative approach for the Southwest Delta in the Netherlands

Navigating rivers and deltas towards a sustainable future 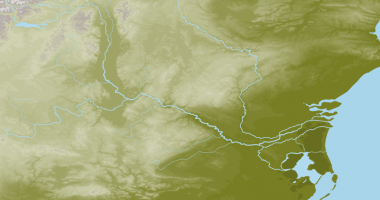 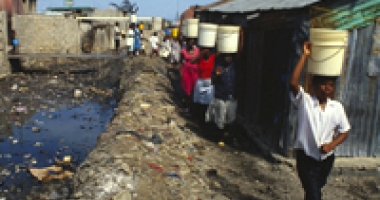