In the Spring of 2012, PBL held a survey among 1868 scientists studying various aspects of climate change, including physical climate, climate impacts, and mitigation. The main results of the survey were published in an article in Environmental Science and Technology (ES&T) in August 2014: Scientists’ views about attribution of global warming. It showed that there is widespread agreement regarding a dominant influence of anthropogenic greenhouse gases on recent global warming. This agreement is stronger among respondents with more peer-reviewed publications.

A background report with the results for all 31 questions has now been made available. The total number of responses for each answer option is provided and a subdivision into seven groups for five questions. The background report contains previously unpublished data.  Some highlights are provided below.

Respondents were asked for their opinion regarding the best estimate and likely range for equilibrium climate sensitivity (ECS). This is an important quantity for projections of global warming, as it gives the expected warming that would follow from a doubling in atmospheric CO2 concentration after the climate system has equilibrated to the new conditions. Thus, expected warming in the future depends on the combination of total emissions and climate sensitivity.

The figure below gives the average estimates of ECS from 7 groups of respondents, including authors of the Working Group I report of the fourth IPCC Assessment Report (‘AR4 authors’), respondents who signed public declarations critical of mainstream climate science as embodied by IPCC (‘unconvinced’), and four different subgroups distinguished according to their self-declared number of climate related peer-reviewed publications (0–3; 4–10; 11–30; more than 30). Results from most groups were very close to the IPCC range (1.5-4.5 °C) mentioned in the fifth assessment report (AR5) – except those tagged as ‘unconvinced’ which strongly deviated from the other groups, and to a lesser extent the group of respondents with three or less publications. The ‘best estimate’ is in all these cases was slightly lower than the ‘best estimate’ reported in AR4 (i.e. 3 °C). AR5 provides no best estimate.

Role of  climate  science in society

Respondents were also asked their opinion about seven statements regarding the role of climate science in society. There was a strong consensus that scientists themselves should communicate with both policymakers and the general public about climate change and that communication with the general public should focus on solid knowledge. To a lesser extent there was agreement that risks and uncertainties should be emphasised during such communication. Responses varied more strongly about whether or not existing uncertainties in climate science strengthen the case for mitigation (i.e. to avoid potential low probability, high impact events). There was (strong) disagreement with the statement that climate science would be too uncertain to be useful for policymaking on climate change.

The role of the sun in global warming

In the public debate about climate change the role of the sun is often put forward as an alternative explanation for global warming. The survey asked what fraction of recent global warming could be attributed to the sun. The lowest number of don’t know scores came from those tagged as ‘unconvinced’ and ‘AR4 authors’. The ‘unconvinced’ also had the highest score of those that said that the role of the sun is unknown or who believe that the sun causes more than half of recent global warming. 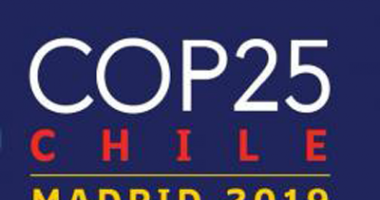