This study assesses four proposals to generate funds for international climate financing in developing countries according to three criteria: adequacy, predictability and equitability. The focus year is 2020, in which USD 100 billion should be available for climate financing according to the Copenhagen Accord. The four financing proposals assessed include auctioning emission allowances (Norwegian Proposal), a global carbon tax (Swiss Proposal), an emissions trading (IET) levy, and a tax on international aviation and shipping emissions (bunker fuel emissions tax).

Adequacy and predictability are assessed by calculating the revenue of the financing proposals for three mitigation scenarios. Equitability is assessed by comparing the regional distribution of costs of the financing proposals to that of a common but differentiated responsibilities and respective capabilities approach, which can be regarded as an equitable approach. For the calculations, the integrated FAIR model is used.

Based on the three criteria above, we conclude that the Swiss Proposal and the bunker fuel emissions tax are the most promising financing proposals of the four. An IET levy receives a low score for all three criteria. Importantly, a low price on the carbon market, resulting from a low mitigation ambition level (as under the current unconditional Copenhagen Accord pledges), would undermine generating funding for all financing proposals analysed here except for the Swiss Proposal. Combining such proposals would therefore not increase the predictability of funding.

PPP Versus Mer: Searching for Answers in a Multi-Dimensional Debate 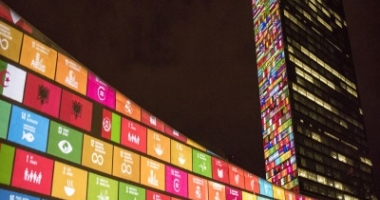