Visible energy transition in the Netherlands

As a result of energy saving and the increased generation of renewable energy, greenhouse gas emissions in the Netherlands over the coming years will continue to decline, which contributes to compliance with the European climate targets for 2020. The share of renewable energy is projected to be 12% by 2020 and 15% by 2023. The investments this requires will cause an increase in the number of energy-related jobs. Although the demand for natural gas will decrease, the Netherlands will need to start importing gas from 2025 onwards, because of depletion of the Dutch natural gas stocks. Energy saving and domestic solar power generation is projected to lower the average annual energy bill by 40 to 50 euros per household by 2020, compared with 2014, despite higher energy prices. The objectives for renewable energy and energy saving are not yet being met. A shift is observed in employment in the energy sector from fossil fuel to renewable energy and energy saving.

This is concluded in the Netherlands National Energy Outlook 2014 (NEV), conducted at the request of the Dutch Ministry of Economic Affairs, by Energy Research Centre Netherlands (ECN), PBL Netherlands Environmental Assessment Agency, Statistics Netherlands (CBS) and the Netherlands Enterprise Agency (RVO.nl). This NEV report is the first in a series and will be updated annually. 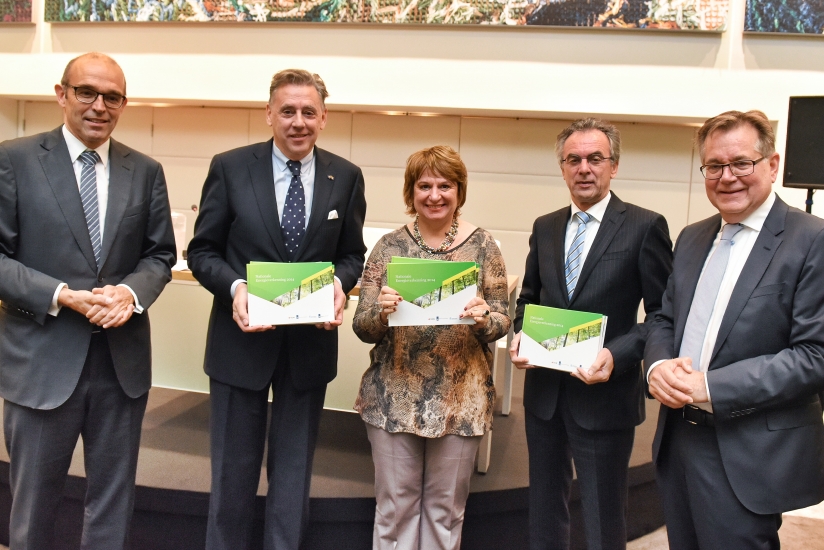 On 6 October 2014, the Energy Outlook was presented by Maarten Hajer (Director PBL, far left) and Paul Korting (CEO of ECN, far right) to (from left to right) Ed Nijpels (Chairman, SER Committee for Assurance of the Energy Agreement), Mariëtte Hamer (President, SER Social and Economic Council of the Netherlands) and Mark Dierikx (Ministry of Economic Affairs. This NEV report is the first in a series and will be updated annually.)

The NEV describes the state of affairs of the Dutch energy system and the expected developments up to 2030, based on both agreed and proposed government policy and other measures and agreements, such as those in the National Energy Agreement (in so far these have been made explicit). According to project coordinators Michiel Hekkenberg (ECN) and Martijn Verdonk (PBL), the Dutch energy system is in a state of flux. The transition is slowly becoming visible. However, large uncertainties remain, they say, with certain targets being achieved and others that are not. The position of the Netherlands as a natural-gas nation is unstable, and renewable energy will replace fossil fuels increasingly more often. The effect of this development can also be seen in the employment figures.

Last year, energy use in the Netherlands was 5% lower than in 2004. For 2020, this is expected to decrease by another 1%, particularly due to improved building insulation and the use of energy-efficient appliances and vehicles. When proposed measures are also taken into account, the decrease will amount to 2.5%. After 2020, energy use is projected to increase again, particularly due to industrial growth. The Energy Agreement’s target for 2020 – to save an additional 100 petajoules – will not be within reach with only the currently agreed measures.

Between 2025 and 2030, depletion of the natural gas stocks will cause the Netherlands to change from a net exporter of gas into a net importing nation. The demand for natural gas is expected to be considerably lower in the future than it has been in the past. This is due to energy saving and to the switch in energy production from gas to cheaper coal. However, gas production will decline even faster. Despite the reduced demand for oil products in traffic and transport, the total demand for oil remains constant; particularly due to industrial oil use. This means that oil instead of natural gas will be the largest energy carrier. The growth in power generation in coal-fired power plants is likely to be short-lived, because a number of older coal-fired plants will be shut down within a few years and the share of wind and solar power is expected to increase considerably from 2020 onwards.

The share of renewable energy in total energy use has increased over the past decade from 1.4% to 4.5% and, from 2017 onwards, a substantial growth is expected, according to the NEV’s authors. Although the development of renewable energy is surrounded by many uncertainties, the share in 2020 is projected to increase to well over 12%. This is less that the 14% agreed within the EU, but for 2023 a share of around 15% is expected. All things going well, the 16% renewable energy target in the Energy Agreement is likely to be achieved by 2023. However, the researchers warn that there is also an equally large chance of this share remaining at 13% in 2023. By that time, a third of the power production will already consist of renewable electricity. By 2030, half of all electricity may be generated from wind and solar power and biomass.

The economic value of the Dutch energy sector is large, with a current share of 5.4% of GDP. Traditional oil and gas sectors will face stagnation and decline, while sustainable energy systems will grow. On balance, total energy-related employment is projected to grow, due to a shift from fossil fuels to renewable energy and energy saving.

Over the past decade, the average energy bill of Dutch households has increased substantially, but is projected to decrease over the coming years due to further energy saving and solar power generation. By 2020, the average annual energy bill is likely to be 40 to 50 euros lower per household than in 2014.

Greenhouse gas emissions in the Netherlands have decreased by 9%, between 2000 and 2013, to 192 Mt CO2 equivalents. Under the agreed measures, emissions will decrease further, to 183 Mt by 2020, and if proposed measures are also included this will even go down to 176 Mt. Noteworthy is the fact that, in the future, economic growth and emissions will be decoupled. The Dutch economy is projected to grow by 13% up to 2020, while greenhouse gas emissions over this period are expected to decrease by 5%, in part due to a larger share of renewable energy. 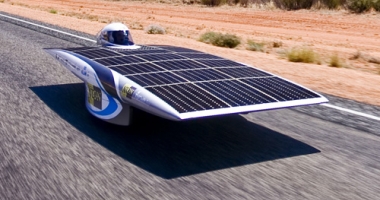 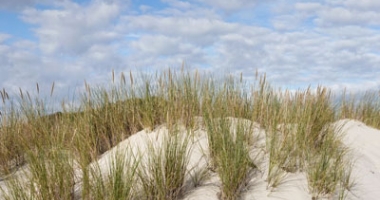 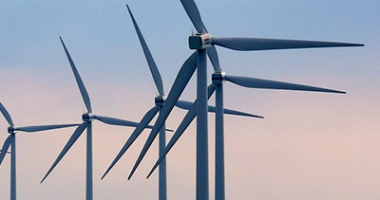