In the scientific journal Nature Climate Change, researchers from PBL Netherlands Environmental Assessment Agency and Utrecht University are presenting a new meta-model for estimating the costs of achieving climate targets of the Paris Agreement, including the main sources of uncertainty. Global costs are likely to be around 2% to 4% of global aggregate income, over the 2015–2100 period. How high the costs will ultimately turn out to be depends largely on socio-economic developments and the costs of the technologies used to reduce greenhouse gas emissions. The new model is unique because it summarizes earlier costs estimates and literature in one transparent model.

A simple model for calculating the costs of achieving climate targets

Under the Paris Agreement, global temperature increase is to be limited to well below 2 °C and, if possible, even to 1.5 °C. To estimate the costs of achieving this target, knowledge is needed about socio-economic developments, the costs of reducing greenhouse gas emissions and the impact of these emissions on climate change. These relationships are described in various IPCC reports and the scientific literature, which formed the basis on which a simple and transparent climate model was created that takes all these relationships into account. This climate model can be used for estimating both the costs and the underlying uncertainties as well as their causes.

The model estimates the costs of limiting climate change to below 2 °C or even 1.5 °C with a likely chance to be around 2% to 4% of gross world product (GWP). However, the uncertainty range of this estimate is high: achieving 1.5 °C could end up costing 3 times less or more than currently estimated. The study does not include any economic benefits of the avoided possible damage thanks to climate policy. The physical uncertainty (the unknowns related to the climate system) and the socio-economic uncertainty (the unknowns of technological and human developments) both contribute to the large margin of uncertainty in the cost estimate.

For less ambitious climate targets (those based on a temperature increase of more than 3 °C), uncertainties are mainly caused by physical factors; particularly by the relationship between greenhouse gas emissions and temperature increase. The uncertainties around the — more ambitious — Paris Agreement targets, however, are mainly related to socio-economic factors. These concern uncertainties about the costs of technologies to reduce greenhouse gas emissions, such as decreases in the cost of solar cells. It also includes uncertainties around socio-economic developments, such as world population growth, economic growth and human behavioural development. This means that also in policy-making processes in other areas it is very important to always take possible climate impacts into account, for example, in the design and planning of urban development.

The new climate model can be used to estimate costs when identifying climate measures and prioritising research. In addition, it could also be expanded, relatively easily, to include the benefits of climate policy and/or technological developments, or to even include regional costs. 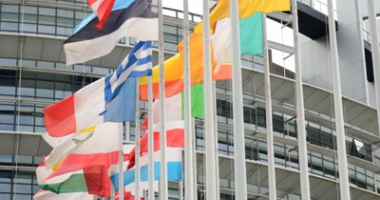