Renewable energy resources may be sensitive to climate change. With their increasing share in world primary energy supply (possibly over 30% in 2030), the question whether this makes the future energy system more susceptible is an important one. Globally, the impact of climate change on solar, wind, hydropower and bioenergy is probably modest, but could be more substantial on a local level. This is the main conclusion of a new article in Nature Climate Change, written by researchers from PBL Netherlands Environmental Assessment Agency, Utrecht University, and the Potsdam Institute for Climate Impact Research.

The supply of renewable energy depends on climatic variables. As a result, climate change could impact renewable energy sources and future energy systems. Researchers from PBL Netherlands Environmental Assessment Agency, Utrecht University and the Potsdam Institute for Climate Impact Research used high-resolution calculations of the climate change impacts on various renewable energy sources with regard to theoretical potential and actual use. Their calculations show that these impacts are modest, at the global scale, over multiple decades (>2050) and a temperature change of 3-4 degrees, with at best only a few per cent change in potential and application rates. There could, however, be a strong positive impact (from +20% to +40%) on energy from wood, as a result of CO2 fertilisation — higher CO2 concentrations causing accelerated plant growth is a well-known effect. The magnitude of this effect, however, is uncertain. The global potential for other renewables, such as solar, wind and hydropower, does not show any strong changes.

On a local level, however, impacts can be much stronger. A strong decline in hydropower, for example, is occurring in southern South America, Central America and the Mediterranean Basin, with drought causing 30% to 40% reductions in hydropower. Changes in wind speeds in the areas around Japan, Korea, and Central America could lead to a 5% to 10% reduction in wind energy. There are also areas where climate change could have a positive effect on the renewable energy supply. Examples include increases in the hydropower supply in East Africa and South Asia and in the wind energy supply in Central Europe and Southeast Asia.

The scenarios consistent with the Paris Agreement showed an unexpected result. These 2 °C scenarios of global temperature increase represent smaller climate impacts but, because the supply from renewable sources is much larger, the net-effect is similar to that of a scenario without climate policy.

These findings may be important for future planning and investments in regional energy systems. The results and model code that are available online can be used as input for a broad range of follow-up studies; for example, to assess local climate impacts or the impact on economic and natural systems, or to assess cross-sectoral impacts involving the nexus between water, energy and climate. 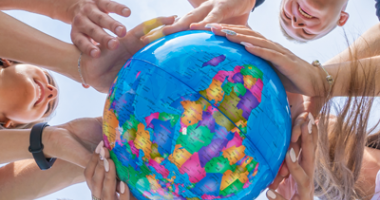