Navigate to main content Navigate to main menu
You are here
Home / Topics / Energy and Climate Change / Publications / Emissions: world has four times the work or one-third of the time

New synthesis shows what a wasted decade means for the climate pact made in Paris. New research  shows that nations must now do much more and much faster to limit global warming to well below 2 °C, let alone 1.5 °C, as agreed in Paris.

A decade of insufficient political action on climate change means that nations must now do four times the work — or do the same in one-third of the time — to comply with the climate pact they made in Paris, according to a new analysis published in the journal Nature. The conclusions are based on a synthesis of all ten editions of the Emissions Gap Report produced by the United Nations Environment Programme (UNEP). Each year for the past ten years, this report has examined the difference (the ‘gap’) between what countries have pledged to do individually to reduce greenhouse-gas emissions, and what they need to do collectively to meet agreed temperature goals.

The study finds that the required emissions cuts from 2020 to 2030 are now more than 7% per year on average for the 1.5 °C temperature limit set in Paris and 3% for 2°C. Had serious climate action begun in 2010, the cuts required to meet the emissions levels for 2 °C would have been 2% per year, on average. The time window for halving global emissions has also narrowed: today it is 10 years for 1.5 °C and 25 years for 2°C; it would have been 30 years in 2010. The gap is so high that governments, the private sector and communities need to make their climate pledges more ambitious and focus on early and more stringent mitigation action.

Some countries, regions, cities and businesses have promised or implemented urgently needed climate action, however. For example, 76 countries or regions and 14 subnational regions or states have set or even implemented net-zero emissions goals. Closing the gap will require scaling up these few success stories and mirroring them with progress in every sector.

Publication title
Emissions: world has four times the work or one-third of the time 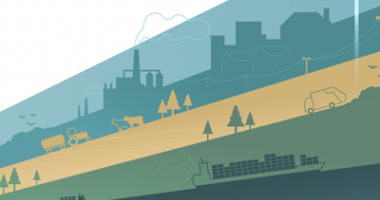 The emissions gap between the Copenhagen pledges and the 2 °C climate goal: Options for closing and risks that could widen the gap