A greenhouse gas reduction target of 40% below 1990 levels for 2030 for the European Union, to be achieved within Europe, would not necessarily be sufficient for achieving the target of limiting global temperature increase to 2 °C, given a possible lack of comparable efforts by other countries. Based on equal costs as a share of Gross Domestic Product, the European Union should reduce emissions by 45% to 47%.

A European target for 2030 is still under discussion

The long-term Dutch and European climate policy targets focus on limiting global temperature change to 2 °C above pre-industrial levels. In this context, the European Commission’s report ‘Roadmap for moving to a competitive low-carbon economy in 2050’ provides cost-efficient pathways towards an overall 80% reduction in emissions within the EU by 2050, representing reductions of between 40% and 44% by 2030. However, the EU has not yet decided on a greenhouse gas emission reduction target for 2030, as this is still under discussion.

The Dutch Government has called for such a greenhouse gas emission reduction target for 2030. More specifically, it has proposed a conditional, European greenhouse gas emission reduction target of 40% below 1990 levels for 2030. The conditions relate to adequate global action and the adequate safeguarding of the competitive position of European industry. To further elaborate these conditions, PBL has been asked to evaluate two specific issues:

To arrive at a global emission level by 2030 that would be consistent with the 2 °C climate target, with equal costs as a share of GDP for all countries, the EU would need to reduce emissions by 45% to 47% relative to the 1990 level. Following other approaches for sharing the effort of reducing emissions, such as long-term convergence in per-capita emissions or a global carbon tax, a 40% reduction target could still be consistent with 2 °C emission pathways.

EU welfare losses would increase by 0.1% under unilateral action

EU welfare losses resulting from achieving the EU 40% reduction target are projected to be about 0.3% in the case of global action and 0.4% in the case of EU unilateral action. In case of the latter, almost one third of the EU reduction is projected to be offset by emission increases elsewhere in the world. This would mainly be due to lower energy prices caused by a decrease in EU energy demand, as the relocation of industries would play a much less important role.

download the report (PDF, 1 MB)
to the IMAGE model

Subtitle
Conditions for a EU target of 40% 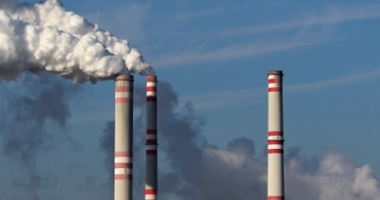