At the end of 2020, the United Kingdom will leave the European Union (Brexit). This will have certain major and different impacts on the competitive position of Dutch provinces and economic sectors. The effects of a Brexit will be greatest in the United Kingdom, and of the largest UK trading partners among the EU Member States, the Netherlands will be affected most severely. The details of the exit treaty largely determine the magnitude of these effects in the Netherlands, whereas for the EU as a whole or for the United Kingdom, this will be the case to a much lesser extent.

The Randstad regions, in particular, have much to gain from the nature of the treaty, with respect to agriculture, the food industry, chemical industry, trade and transport. In the United Kingdom, London is particularly dependent on a good Brexit Treaty, while in Europe there are opposing interests divided across a multitude of countries and regions. The shared average interest, therefore, is smaller in the European Union and the United Kingdom. Reaching a good deal before the end of this year, thus, is more important for the Netherlands, and in particular the Dutch Randstad regions, than for the European Union and the United Kingdom.

This publication examines the distributional effects for the Netherlands and Europe. Is the cost increase for Dutch companies in the various provinces larger or smaller than those for their national and international competitors? And how sensitive will these effects prove to be for the specific agreements under the Brexit Treaty? The answers to these questions will reveal where the initial impact of the Brexit on the Dutch competitive position, per region and industry, will be the greatest and when the Brexit negotiations will be important for the ultimate impact.

Deal or no deal: How important is a good Brexit Treaty for the competitive position of Dutch companies?

To date, little has been known about the distribution effects; about what companies and regions will weaken or strengthen their position and how sensitive these effects will prove to be to the details of the deal. This sensitivity is particularly important for determining in which sectors and regions the effects of the Brexit will depend on the specific agreements under the Brexit Treaty. After all, when the results are sensitive to the details of the treaty, negotiations on these elements may yield the most benefits.

Changes in the competitive position

PBL has measured the impact of a Brexit on the basis of changes in the competitive position of Dutch companies. In this publication, PBL defines this competitive effect as the cost price increase for Dutch companies compared to that for domestic and foreign competitors. The importance of the treaty has been measured by analysing the sensitivity of this effect to changes in the types of trade barriers.

This publication, therefore, focuses on how the situation will change immediately after the Brexit. In this way, it becomes clear where the Brexit-related consequences will be the greatest and, as a result, show the areas where policy could influence those consequences.

This study builds on earlier PBL research into business sectors’ exposure to Brexit, the sector-specific Brexit-related costs for Dutch regions and the short-term Brexit-related consequences. The study is part of the international research project ‘The Economic Impacts of Brexit on the UK, its regions, its cities and its sectors" of the ESRC Economic and Social Research Council (United Kingdom).

to the article
to the newsitem (Dutch) 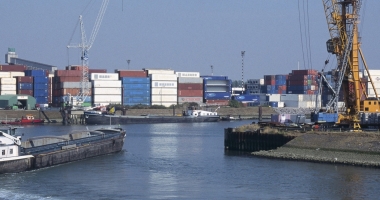 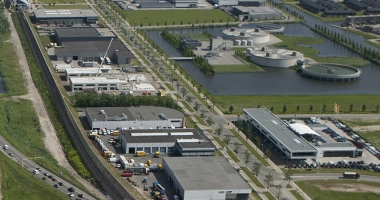